Open Spaces – What to Know Before Tearing Down a Wall

Spring is here, and the remodeling season is in full swing! Today’s homeowners want open floor plans, and as both a Realtor and General Contractor the most commonly asked questions I hear is “is this wall load bearing?” and “How do I open this floorplan?”. It may seem simple on the DIY television shows – just grab a sledgehammer and fast forward – Voila! you have the open space you have been dreaming of! Depending on what is behind the drywall, this can either be a simple project or a major structural endeavor. While you should always consult a qualified professional (contractor, architect, or engineer), there are some indications of a load bearing wall which you can observe yourself. 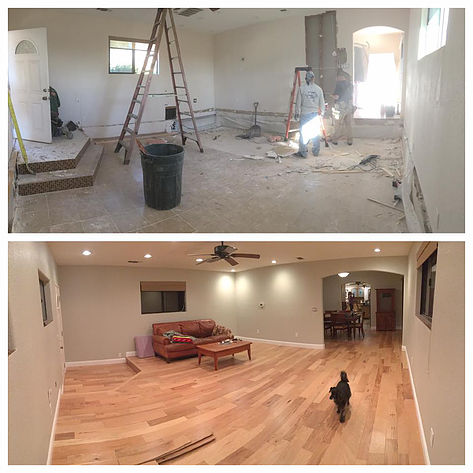 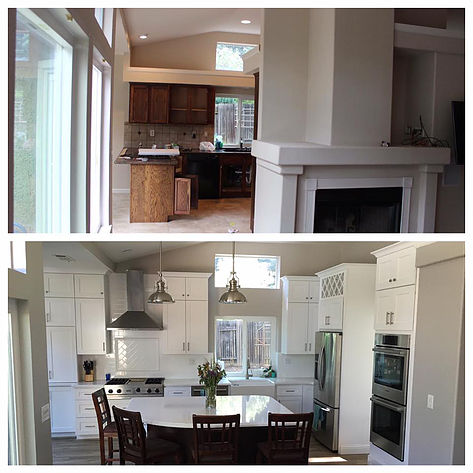 Modern homes are almost always “truss framed”. Modern roof trusses are pre-engineered and pre-fabricated triangular framing members supported by exterior walls. Depending on the design of the truss, the load is typically bearing on the exterior walls only. However, some truss designs have a center point load which would be an interior load bearing wall. It is important to understand the design of truss-framed homes, because an exterior wall is always considered load-bearing. If an addition has been added in the past, an exterior wall might not be immediately evident, however it may still be load-bearing. It is crucial to note that roof trusses should never be cut or modified, unless engineered by a structural engineer.

If a wall is perpendicular to the roof trusses and you suspect it might be load bearing, the next indication would be to examine the framing. At this point, if you suspect a wall is load bearing I would advise working with a reputable licensed contractor. The framing should be exposed by removing the drywall. Carefully score the joint at the ceiling so you minimize the drywall patching required, and expose one side of the wall. All load bearing walls transfer the roof load through the wall, directly to a concrete footing. Indications of load bearing framing include a wood header, metal hold downs, or anchors to the slab. If a footing is present below the wall, it is most likely load bearing.

Once you have determined if a wall is load bearing or not, now starts the fun part – planning your new space! On a recent project in Briggs Ranch, we removed a dividing wall with a fireplace between the kitchen and family room, and a hallway dividing wall to drastically change the space. By removing the walls we not only created a more functional floorplan for family and entertaining, but also brightened the whole house by allowing more natural light to pass through (see photos). When planning, I suggest my clients use Houzz or Pinterest to “pin” what they like so we can help execute their vision.

If you determined the wall you want to remove is load bearing, a more economical solution than removing entirely can be adding an opening in the wall. This can be achieved by temporarily shoring the wall at either side, and installing a header at the top of the opening to carry the load to the supporting walls. On a recent project (see photo), the client had an interior load bearing wall which already had a small existing opening. In order to open the space we increased the opening from 4’ wide to 10’, which opened the entire room.

If you are still set on having a load bearing wall removed, a structural engineer will need to complete plans and calculations which could include the addition of footings and a beam to carry the load of the removed wall. Other considerations that need to be factored in your layout is existing plumbing, ductwork, and electrical which may need to be relocated or demolished.

I love to work with homeowners, and as both a Realtor and licensed General Contractor I offer unique services to my clients including home buying and selling, space planning, budgeting, and turnkey management of their project. While the guidelines above work for most scenarios, every property is unique and I recommend consulting a licensed General Contractor before undertaking any renovation. As your neighbor, I am always happy to discuss any Real Estate or construction questions with you!

Steve Tankersley lives in Folsom, CA with his wife Heather, their Son Hunter, and their dog Ozzie. Steve holds his BS in Construction Management from CSU Sacramento, and is a Realtor with Re/Max Gold El Dorado Hills DRE #02004322. Steve is a third generation contractor, and owns Tankersley Construction which offers residential and commercial construction and consulting, CSLB #1022150. Steve can be reached at Steven.Tankersley@norcalgold.com